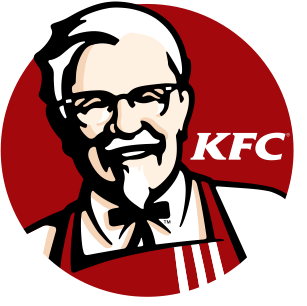 These coupons and deals for KFC have expired but may still work.

$8 off your first order of $20 or more using Code: PIZZATIME8 Credit card orders only. At participating locations.

Join Marco's Eclub to get coupons by email and special deals. Marcos Pizza sends personalized coupons, so you need to sign up to get them. Most are 20% off coupon codes. We got a Free pizza on your birthday.

Limited time offer. Tax extra. Offer valid for one Free Small Guacamole and Chips with any purchase using your Loco Rewards Account on 7/31/21. Offer valid on 7/31/21 at participating locations only. (Free to join rewards)

Get a free movie ticket with every $25 spent at Applebee’s to see Disney’s “Jungle Cruise,” a rollicking thrill-ride Amazon adventure. Max 4 movie tickets, each valued at up to $15.

2 regular entrees for just $15 Code: 2FOR15 Limited Time Only

Get Free Chips and Guac with any purchase with code: MKTG1142 Terms and conditions apply.

Sign up to get more KFC Coupons and Deals

How to use KFC Coupons

KFC has embraced their website and mobile apps to deliver their coupons and special deals, so you need to have a smartphone or computer to save at KFC. Add items to your cart, then enter the Promo Code at the Checkout screen. These coupon codes can work both with online mobile ordering and in store.

Their discounts include printed coupons in mailers and newspaper circulars as well as special limited time deals.

Coupons are limit one per person and one per visit. Not combinable with other promotions. Special deals are not usually available in Hawaii, Alaska, or Puerto Rico.

What are KFC hours?

Hours at each restaurant vary, so be sure to call your local KFC before placing an order or driving to it. The more busy locations will be open extended hours. Their opening time are typically Daily, 11AM and they usually close at 10pm. Always call ahead to verify, especially if there is a holiday. They do not serve breakfast.

They accept online orders for both delivery and in store pickup. KFC also uses most of the major food delivery services including Door Dash, Postmates, or UberEats. Each location is different and may be using a different delivery app. Open each app to check if your nearby KFC is available. They offer free delivery from time to time with a minimum order size.

Where is the nearest KFC?

Click on the KFC store locator to find your nearest restaurant. Allow them to get your location or enter your zip code or city, state to find the nearest one to you.

Like all things in life, there are limits to the coupon and promo codes. Not valid with any other coupons or offers. Valid only at participating restaurants. Why this? Some locations are owned by local franchisees that go rogue and do not follow the promotions that corporate puts out. Call ahead to check. Coupons are limit one per person and one per visit. Not combinable with other promotions. Special deals are not usually available in Hawaii, Alaska, or Puerto Rico. Void where prohibited or if reproduced altered or sold. Tax may apply. Cash value 1/100. Not valid in delivery orders.

Kentucky Fried Chicken, or known simply as KFC, is a global chain of fast food restaurants specializing in fried chicken. They are a subsidiary of Yum! Brands, which also operates the Pizza Hut, Taco Bell, and WingStreet chains. They are the world's largest restaurant chain by sales(after McDonald's) with 22,621 locations in 136 countries. They are best known for their pressure-fried chicken pieces, seasoned with Sanders' recipe of 11 herbs and spices.

They have branched out to sandwiches, breakfast and other food. KFC has locations around the world and entered the China market early on. They have since spun out their China operation info the company Yum China.
For larger portions of chicken, KFC serves it in a cardboard "bucket." They are known for their slogans "It's Finger Lickin' Good!" and "Nobody does chicken like KFC."

Some early history from Wikipedia:
"KFC was founded by Colonel Harland Sanders, an entrepreneur who began selling fried chicken from his roadside restaurant in Corbin, Kentucky, during the Great Depression. Sanders identified the potential of the restaurant franchising concept, and the first "Kentucky Fried Chicken" franchise opened in Utah in 1952. KFC popularized chicken in the fast food industry, diversifying the market by challenging the established dominance of the hamburger. By branding himself as "Colonel Sanders", Harland became a prominent figure of American cultural history, and his image remains widely used in KFC advertising to this day. However, the company's rapid expansion overwhelmed the aging Sanders, and he sold it to a group of investors led by John Y. Brown Jr. and Jack C. Massey in 1964."

In the 1970s, PepsiCo bought the chain and continued its rapid expansion overseas. In 1987, it became the first Western restaurant chain to open in China, which is now the company's single largest market. PepsiCo spun off its restaurants division as Tricon Global Restaurants, which later changed its name to Yum! Brands.