These coupons and deals for A&W have expired but may still work. 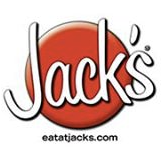 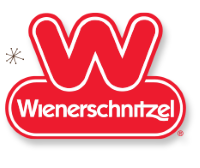 Sign up to get more A&W Coupons and Deals

A&W is an American chain fast food restaurant with origins going as far back as 1919. The A&W restaurant was named after its founders, Roy W. Allen and Frank Wright. Each of the letters in the restaurant’s name represents each of the founders’ last name initials respectively, thus “A” would stand for Allen while the “W” stood for Wright. A&W is most notable for their root beer drink, which is well known all around the world. A&W restaurants offer what they call a frosty mug, where each of the mugs would be kept in the freezer and eventually get filled with their A&W Root Beer. These chilled drinks would then be taken out of the freezer and served to their customers.

In its early days, A&W first began as nothing more than a walk up root beer stand that Roy W. Allen had started on a whim. Four years later, Frank Wright, who was one of Allen’s employees, began supporting Allen and his root beer stand, creating the A&W name for their small but blooming business. Then in 1924, Allen bought Frank Wright’s stake in their business and a year later, Allen began franchising the root beer. As time passed, franchisees began to add their own items to the menu as other options and continued to operate at their discretion.

In recent years, the number of A&W locations has grown to 1,100 plus locations. While A&W’s root beer is by far their most bought food item in their restaurants world wide, a majority of their restaurants also offer a variety of other options. These may include burgers, hot dogs, chicken, fries, and desert items. To see the complete list of their menu, visit A&W’s website, at www.awrestaurants.com.