When is the Best Time to Buy? – Smart Shopping 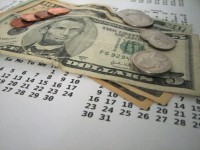 As the 1960’s American folk rock song “Turn, Turn, Turn,” covered by the band The Byrds, reminded us: “To Everything There is a Season.” Originally written almost entirely from the Book of Ecclesiastes in the Bible, the catchy hit song instills the principle that there is a time and place for everything.

Who knew that this truth also applies to shopping?!

It’s true! You may think coupons and deep discounts are the best you will do when it comes to saving on your purchases, but you would be wrong. There is so much more to smart shopping and it begins with figuring out when is the best time to buy things. You can save a ton of money by purchasing expensive items at the right time. Factors that affect pricing include:

We have examined pricing over the course of the year and found that these specific factors will cause major price decreases that you can take advantage of. You will probably need to exercise some will power. A shiny new TV looks great underneath the Christmas tree, but you could save 20% by delaying your purchase until February.

The following “shopping calendar” is a basic breakdown of the best items to buy during specific months:

*General tip: it is always a great way to save by buying things before or after the season in which you plan to use them!

Some general things to keep in mind when seasonal shopping include:

If you plan ahead, you can make sure you are getting the best deals on things you would buy anyway!

Plus, by arming yourself with a bit of knowledge and insider information, you are equipped to not only make smart purchases but also to negotiate for even better prices in some instances.

Always look for money saving in store or online coupons.

Finally, it never hurts to ask a store (make sure it’s the manager or someone else with authority to act on behalf of the company – sales associates need a supervisor’s sign-off before offering discounts) if they can do better on a price. The worst thing they could say is no.

In fact, many stores will price-match and give rain checks if they are out of items so don’t be afraid to ask someone in charge to honor a competitor’s coupon…all they can do is say “no.” But they just might say “yes!”

What are some of your favorite seasonal times to stock up on items? Have you found additional items that are on sale certain times of the year?