Should I Switch? Verizon Unlimited Data vs More Everything Plan

In 2017 Verizon Wireless brought back the Verizon Unlimited Plan.  Previously they had an unlimited data plan but stopped offering it for years. Those with grandfathered unlimited data hung onto it fiercely.

Base level: $40 + $35 Line access = $75 per line for unlimited data, talk and text on your smartphone with paper-free billing and AutoPay.

Mid level unlimited: $50 + $35 Line access = $85 per line for unlimited data, talk and text on your smartphone with paper-free billing and AutoPay.

Top level unlimited data: $60 + $35 Line access = $95 per line for unlimited data, talk and text on your smartphone with paper-free billing and AutoPay.

Military and Corporate discounts are available.

To ensure a quality experience for all customers, after 22 GB of data usage on a line during any billing cycle Verizon may prioritize usage behind other customers in the event of network congestion.

We now have some tips for those with old grandfathered Verizon Unlimited Data Plans:

Unlimited data plan price raised by $20 on November 5, 2015 (unless you are in a contract), but Verizon announced that no throttle of speed will occur. Business and government users will not see a price hike.

Last July 2014, Verizon introduced their "More Everything Plan", which introduced simplified monthly data allowances shareable up to 10 lines and a plethora of data package options to fit different user needs. In July 2016 they increased data caps and prices with a new plan. However, if you are part of the <1% of customers still hanging onto unlimited data, the caveats to this new plan are worth noting:

These changes came in the midst shifting strategies for many mobile phone carriers. AT&T introduced a rollover data plan in January 2015 with similar drawbacks. In an earlier post, we presented a similar framework for thinking about how best to think about saving on AT&T’s mobile plans.

With these changes that no longer prevent us from keeping our unlimited data plans, it's time to figure out a smart solution. We could possibly save money and or add new features with a change of plan. Should we purchase a full-price smartphone to avoid being locked in to the terms of the new plan, or is there a better way? BuyVia is committed to helping consumers save money on all their purchases including Smartphone plans. In this article, we'll talk about how to get both a device upgrade and keep your unlimited data.

What is Grandfathered Verizon Unlimited Data?

Verizon charged $50 (It used to be $30 before November 2015) for unlimited wireless data up until mid 2011,  following suit shortly after AT&T stopped offering a similar plan. As their spokesman Ken Muche described it,  Verizon had decided to transition to a more "usage-based model".  Users who had unlimited plans were able to retain their old plans as they upgraded to newer devices, hence the term "grandfathering". Since data package options now come in every shape and form but unlimited, some of us who enjoyed the benefits of constant streaming or other data-consuming processes seem to be out of luck.

Over 1300 sold. eBay (vipoutlet, 270k feedback) has a refurbished Samsung Galaxy Watch Active 40mm Smartwatch Sale Priced today only at $105.99 after 15% off in shopping cart, with Free Shipping.

Having this grandfathered benefit does include some limitations.

When Should You Keep Grandfathered Unlimited Data?

With Verizon's new More Everything Plan, we found that worth re-evaluating the plan and any positive changes possible.

You should keep unlimited data if:

If you are affected by some of these issues, you should consider switching plans.

An typical individual plan from the Grandfathered Unlimited data era.

If you switch to a Verizon Plan for 1 line with a typical 4GB of data use, you would actually save money. In fact you could sign up for a 24GB plan and still pay the same amount as the grandfathered plan.

Here’s a breakdown of the unlimited plan vs the new plan, given a family package with two lines.

This would be an existing existing plan for 2 Smartphones with unlimited data and a small messaging pack for those not using iMessage. 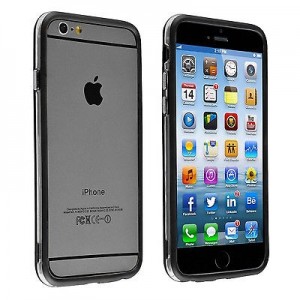 What if we switched our plan to the currently available plan? Would we save money? Would we gain worthwhile additional features?
Lets assume we have the same 2 lines with an iPhone 6S or Samsung Galaxy S7 with 2 year plans. We initially pay the $199.99 x 2 = $400 + sales tax for 2 phones.

How to tell if it’d be worth switching:

Take a look at your actual usage. If you never exceed the allotted monthly minutes or texts and average data usage is within a range that would not render unlimited access to data “excessive”, then it may be cheaper to stick with the original plan. However, it is also important to consider the degree of your need for features like faster speeds and other capabilities. Additional lines or tablets with wireless data. If you end up needing these features or using more data, talk, or text than the old plan holds for, it may be worth it.

If you determine that it is more worthwhile to keep the unlimited data plan, there are a few ways of going about doing so.

The other way to go about keeping the old plan takes a few more steps, but can end up saving you more money.

If you have a grandfathered Unlimited Verizon Plan, it is time to examine your usage and needs. If you have 1 line, you will probably be best served by keeping the plan. You might be better off with the new More Everything Plan in these situations:

You cannot adjust your plans number of minutes or texts with Unlimited. Any change will cause unlimited data to go away!

You may save money when you switch wireless plans. Unless you can save money and benefit from one of these additional features, you are probably better stay with your

Let us know your thoughts, comments, or experiences below:

2 responses to “Should I Switch? Verizon Unlimited Data vs More Everything Plan”