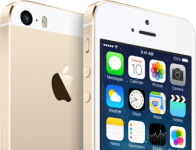 Apple has recently announced a new iPhone lineup. With the advent of the new iPhone 5C and iPhone 5S, people have several new options to upgrade to. Which Smartphone should you upgrade to or purchase? Should you wait for things to settle out? Is switching to Android a better thing to do? In this article, we examine several different options along with their pluses and minuses.

This iPhone is only $100 cheaper than the iPhone 5S. It does not include the faster processor, fingerprint reader, M7 Coprocessor, advanced camera, and several other features. Saving $100, while committing to a new 2-year plan with a new Smartphone, is not a good decision. The average Smartphone plan costs around $100, over two years you will spend $2,400. Saving 4% is nothing.

The iPhone 5C was built to allow Apple to sell a cheaper Smartphone in China. The iPhone 5 previously cost roughly $1,000 USD in China and at this price; it was only suitable to the upper income shoppers. Apple needed a mid-range phone around $700 USD to sell to the masses. They were not interested in selling to the low-end where Samsung Smartphones could be purchased for as little as $200 USD.

Should I Upgrade my iPhone 5?

Almost all iPhone 5’s will still be within their two-year commitment period. Breaking this will cost you several hundred dollars. Is it worth spending $400 to upgrade to the iPhone 5S? We do not believe it is. There isn’t really a single compelling feature that makes it worthwhile. iPhone 5 owners can upgrade to iOS 7 and reap most of the benefits.

Should I Upgrade my iPhone 4 or iPhone 4S?

BuyVia believes that owners of the iPhone 4 or 4S, who have fulfilled their contractual obligations, should upgrade to the new iPhone 5S. The main reasons include:

How Should I Buy The New iPhone 5S?

Here are some suggestions to minimize the hassles in getting this new hot phone. Apple perhaps intentionally did not allow pre-orders before the day that it was being released.

Should I Upgrade to iOS 7

iOS 7 is mostly eye-candy. It looks a lot nicer and provides some added functionality, but does not improve anything that much. Here are some of the big issues with upgrading:

We believe that users should wait at least three months before upgrading. There will definitely be bug fixes from Apple as well as lag time to when developers can rewrite their apps to use the new interface.

Should I Switch to Android and Buy a Samsung Galaxy S4?

Android has a lot of momentum. Their market share is growing faster than Apple. Their hardware arguably is superior, but clearly is more features packed. The biggest attribute people noticed is the larger screens available on Android. While Apple argues that users do not need a screen larger the iPhone 5S, others are flocking to the 5-inch screens of flagship Android Smartphones.

Be sure to check out our article iOS vs Android.

In conclusion, the Smartphone wars continue to rage on. We have reached an era where there are only incremental improvements in products. Users need to examine their situations carefully before making a move.