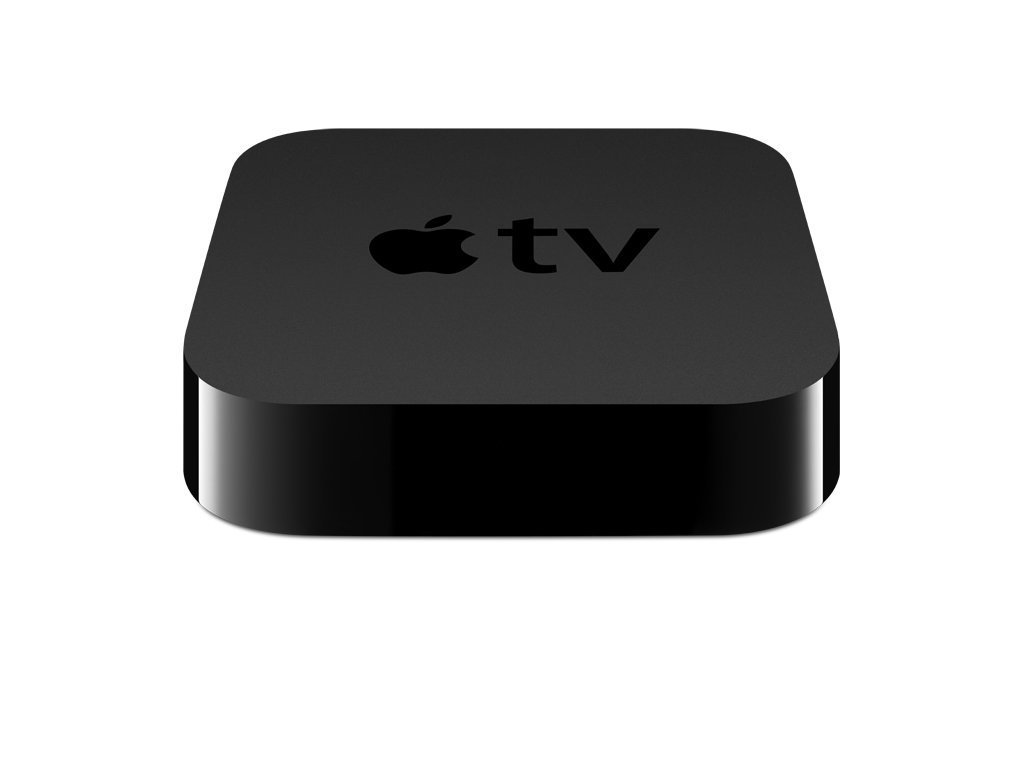 Every day, households across the nation are canceling their cable or satellite TV. The Internet has forever changed how people watch TV.  People are cutting the “cord” and not looking back. The average $135 cable bill is a big incentive to move into the modern era of TV viewing.

For anyone who has ever eagerly awaited a season premiere or finale only to have the cable company ruin the entire experience, you know exactly what I’m talking about. And “going out at the worst possible moment” isn’t even the only gripe when it comes to cable service. Also making the list:

If you’ve reached your limit with your cable service but aren’t sure you’re ready to cut the cord, here are some ways around some common concerns.

You still need Internet Access and some companies like Verizon will not give you good pricing for Internet only. They'll charge less for Internet as long as you bundle either the phone or cable. So I still have to carry a local cable package in order to save money.

Watching Network Channels Without a Subscription

You can access many local network channels at low or no cost. Most televisions have high definition tuners built in. Thus, all you need is an inexpensive antenna (and digital conversion box, in most areas) to pick up your local network channels. Reception and picture quality can be enhanced by putting an antenna on your roof, as well.

If you cut the cable cord, you can also try getting local channels through the cable provider’s cable.

TV Fool will show you what channels are available in your area for FREE.

Sports television often holds people back from cutting the cord. While some games are shown on national TV and can be picked up with an antenna, a lot of other games are only shown on ESPN, local networks, TNT and the like.

However, you can purchase subscriptions to baseball from MLB.tv, and basketball from NBA to go. Complete NFL games require a DirectTV subscription. Sling TV also provides monthly access to ESPN and ESPN2 (along with some other cable channels). You can see the table below for costs.

Watching Movies on your Laptop or Computer

Media viewing on computers and laptops is rapidly replacing many of the hours once spent in front of the television. The downside is that the screen size is often much smaller, and although common, lying in bed with a laptop to watch a movie just isn’t as nice as watching on a true screen.

Here’s one method for getting around the small-screen disadvantage: you can use your laptop’s VGA or HDMI video outputs to connect to a larger screen, a television or even a projector. The advantage of this method is that many services, like Hulu, are free on a computer, whereas you’re required to pay for a Hulu Plus membership on a box like the Tivo.

Now that we’ve addressed some of the common concerns regarding moving away from cable, let’s take a look at some of the streaming services on the market. Here’s a summary table of the more detailed analysis to follow:

When you want to watch your favorite TV shows (available the day after they air) on your PC, many can be found for free on Hulu.

If you want to kick it up to the full size, consider a subscription to Hulu Plus – which will run you $8/month and provides unlimited streaming to your internet-connected TV and mobile devices.

Hulu Plus generally carries current full seasons of your favorite TV shows and in many cases full series runs (all episodes, all past seasons!) which are often available in HD quality. Hulu plus will offer shows from channels including ABC, Bravo, Comedy Central, Discovery, The CW, Nickelodeon, MTV, Fox, Univision, and FX.

Hulu has a lot of good quality foreign programming.

One drawback to Hulu Plus is that although current episodes are available on your PC, for many major network shows, Hulu Plus is not licensed to stream them to your mobile devices.

Finally, the majority of shows come with limited ads, usually running from 0:30-1:30 in between “scenes” but you have the option to “choose your ad experience” which may make your ad encounters slightly less frustrating or irrelevant.

Sling TV offers a smorgasbord of the most popular “basic” cable channels including  the Disney Channel, ESPN, Food Network, AMC, and ESPN (on their website they list details regarding their programming). You have access to these channels for $20 a month, but if you want to add on channels you can pay an extra $5 per month.

This is ideal if you’re looking to reduce your television bill and hone in on the few channels you actually do watch.

For a completely ad-free experience, at an additional $8/month, you can subscribe to Netflix unlimited streaming to your internet-connected devices.

While Hulu Plus focuses on current television programming, Netflix offers completed seasons and series of favorite TV shows from the past and present. The major drawback to Netflix’s TV option is that you must wait until the current season wraps before it is available on Netflix. But there are many more selections and many of them are hard to find elsewhere (shows like Dick Van Dyke and The Andy Griffith Show that are from another era are readily available on Netflix, for example).

At the same time, Netflix streaming also offers its original movie monopoly and all of them are included with your monthly subscription price. However, a drawback is that Netflix generally does not carry recently released movies, so you’d have to turn to Redbox or another service for that. Also, no “mail order” DVDs are included in the basic streaming option and not every movie Netflix carries is available for streaming.

Apple has many movies and TV shows available via iTunes. There are different ways of watching iTunes content on your television, including purchasing a $69 Apple TV that will transfer the content wirelessly from your computer to your screen.

If current box office hits are what you are looking for, Amazon Video may be just the thing. If you are a member of Amazon Prime, you also have many additional choices at your disposal – plus free 2-day shipping on mail order items! If you purchase a year’s subscription of Amazon Prime, at $99, you can recoup your costs with the included-shipping fees of just a few purchases.

Although Amazon Video/Prime selections are also ad-free, you have to pay for  current movie releases and popular older shows as well. Unless you must have a movie available at the touch of a remote, you may be better off taking a quick trip to your local Redbox location.

Major non-cable networks like CBS are also realizing that staying relevant means moving away from the traditional TV set. Many CBS shows are now available the following day for viewing via their website and iPad app. For tablet owners, an HDMI adaptor (available for iPad) can even connect your handheld screen to your bigger television. CBS All Access is a $6/month service that allows on-demand access to episodes, with ad-free access to shows deemed “classics” (i.e, Star Trek, Cheers, CSI: Miami).

NBC, ABC, and Fox also offer episode streaming services for free. They are free because they don’t offer the same type of on-demand programs and features as CBS All Access. The shows from each respective network are available online one day after air and usually expire within the posting of the next 5 or so episodes.

HBO Now is relatively new and for $15 a month allows viewers to access HBO content without mandatory pay-TV subscription. Their most popular show is Game of Thrones, but they also have movies and other original shows.

The CW network has shows on the next day after broadcast, displayed on their app and website.

Comcast recently announced that they’ll be offering a $15/month service called “Stream” which will offer shows from HBO and the major broadcast networks. If you’re interested, you’ll have to wait though—it won’t be available everywhere until 2016 (though it will start being offered in Boston, Chicago, and Seattle earlier on).

Comedy Central has shows on the next day after broadcast, displayed on their app and website

Here is more relevant information regarding devices and cutting the cord:

Systems like the Xbox One, PS4, and Wii U are no longer solely for gaming. Many families use these consoles more for their access to content providers like Netflix than for playing games. The PS4 and PS3 allow users to access content via a service called PlayStation Vue. Monthly prices for this service will vary depending on what package you choose—they can be pricey (from $49-69 per month) or you can purchase its standalone Showtime service with less features for $11/month.

Before purchasing any additional hardware, it makes sense to examine whether your gaming console can access the service of your choice.

Tivo, best known as a DVR or Digital Video Recorder, helped to revolutionize the viewing experience (watch what you want, when you want). It’s remained viable by integrating built-in Apps for services like Netflix, Hulu, Amazon Instant Video, and more. It does require a subscription fee, so it’s a more costly option for those who want complete control.

Newer HDTVs are known SmartTVs because they integrate apps or services such as Hulu or Netflix without the need of an extra box. Sometimes it is cheaper to use an extra box with a normal TV, instead of paying extra for a SmartTV. One limitation is that many Smart TVs are not as upgradable as external boxes.

Finally, you will need a way to stream the above options to your TV set and Roku is one of the most popular conduits. What began as a simple means to watch your Netflix and Hulu subscriptions (and pay-per-views from Amazon and iTunes) on your television has evolved into so much more.

A Roku box is a one-time purchase ranging from $49-$99 for a new Roku 3 box and although you can purchase additional channels, many channels and networks come standard with no monthly fees.

On occasion, your Roku box may “freeze up” so turning it off every once in a while allows it a chance to reboot and may solve those issues.

There are a few other things to note regarding the shift away from cable:

If you’re still not ready to quit cable television cold turkey, here are a couple of ideas:

In addition to the above choices, what non-cable outlets do you use to satisfy your screen-time needs? What would you like to see offered instead?