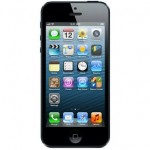 Cyber Monday is the Monday after Thanksgiving, the biggest online sale day of the year. Many people stay up all night waiting for hot Cyber Monday deals as they start to appear at midnight Eastern time. We are looking back at some of the best Cyber Monday deals for 2013 to see what was on sale and for how much.

Looking at the past will guide you toward stores that had the best deals and will help you understand how large a discount to expect. It will also help shoppers understand what type of products go on sale on Cyber Monday. Mostly items that are in high demand get discounted on this once a year event.

Here are some of the major categories along with specific products and vendors who had the best deals last year.

Buy one Get one Free Women's sweaters

Had a Woot off

ASOS and Kate Spade had 30% off site wide

Last year was a good year for Cyber Monday, we expect Cyber Monday 2014 to top 2013 due to the soft economy as well as falling prices on technology products. Stay tuned for more Cyber Monday coverage from BuyVia.

Is there a product or category you want us to watch out for? Comment below.